Our Crest and Coat of Arms 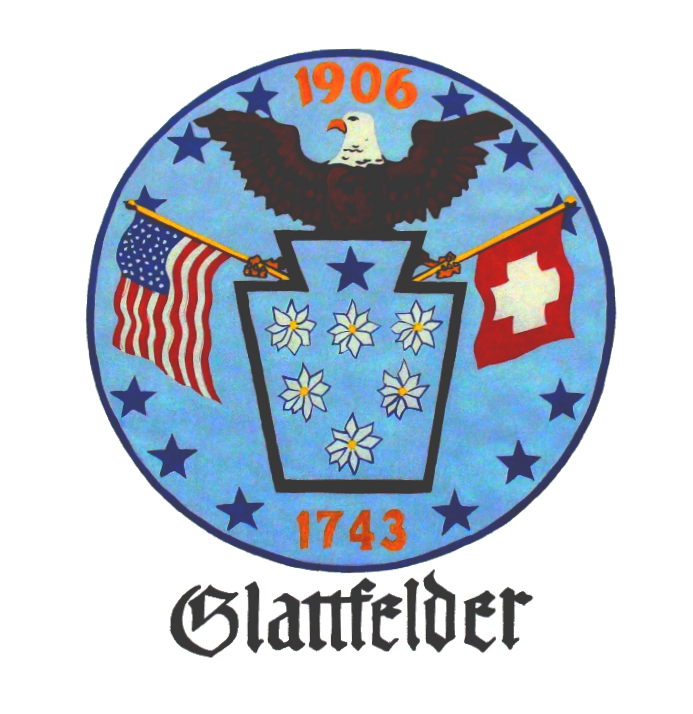 In 1911 the association adopted a family emblem which Samuel Glatfelter had designed. It featured American and Swiss flags, the years 1743 and 1906, keystone representing Pennsylvania, an American Eagle, and six edelweiss, one for each of Casper's sons.

The original Key To The Glatfelter Emblem states:

Read more: Our Crest and Coat of Arms

As a direct result of the interest generated during Dr. Noah Glatfelter's years of preparation of a history of the Glattfelder family, which was published in 1901, a number of persons issued a call for a family reunion, which was held in a grove near Bupp's Union, Springfield township, York county, on September 8, 1906. At this time the Casper Glattfelder Association of America was organized. In each succeeding year further reunions were held in groves or woods located near the first family homestead.

On October 3,1910 the York county court chartered the association as a nonprofit corporation. One of its main stated purposes was "to provide a place, park, grove or building wherein meetings or reunions of its members may be held from time to time." Accordingly, in January 1913 the association purchased 2 acres 153 perches of land in Springfield township. Some believed at the time that this land was part of the old Casper Glattfelder homestead, but it was soon discovered that its original claimant was Henry Walter, who was Casper's brother-in-law. The site chosen offered a good view of the homestead buildings across the creek to the west.

Taken from THE EARLY GLATTFELDER FAMILY IN AMERICA: An Overview