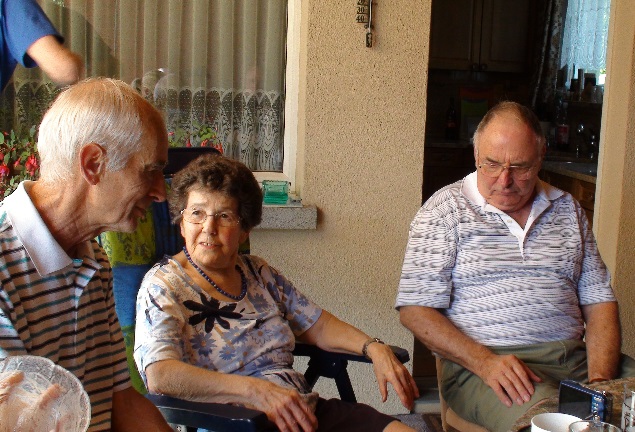 If in the future Americans with the family name of Glattfelder walk the footsteps of their ancestors, they will not find residents by that name in Glattfelden any longer. Liesel and Reini Meier–Glattfelder have moved out of Glattfelden. As so often in recent years, at the end of June, an illustrious group of seven Americans visited our village tracing the footsteps of their ancestor Casper Glattfelder. In 1743, with his family, he crossed the Atlantic and settled in Pennsylvania where the Glattfelders thrived. The large family group led by Lois and Larry Gladfelter spent two days in the lowlands accompanied by Henry and Myrtha Glattfelder, Mayor Pier-Luigi Quattropani and Koni Ulrich.