I recently had the pleasure of receiving an email from a relative (Stefan) from southern Germany! His grandmother was a Glattfelder and their ancestors came to southern Germany sometime between 1600-1650. According to Stefan, many poor Swiss farmers emigrated to Germany in search of a better life.

Today there are over 20 Glattfelder families located in Germany according to Stefan. He also noted that there is Edy's Hotel Restaurant at Glattfelder, a hotel located on the main street in Ortenberg with views of Castle Ortenberg. I especially like their service description: "Modern comfort, no wish unfulfilled and courteous service "Glattfelder type". A synonym for superior hospitality."

Stefan became aquainted with Marta Glattfelder from whom he received the family crest shown below: 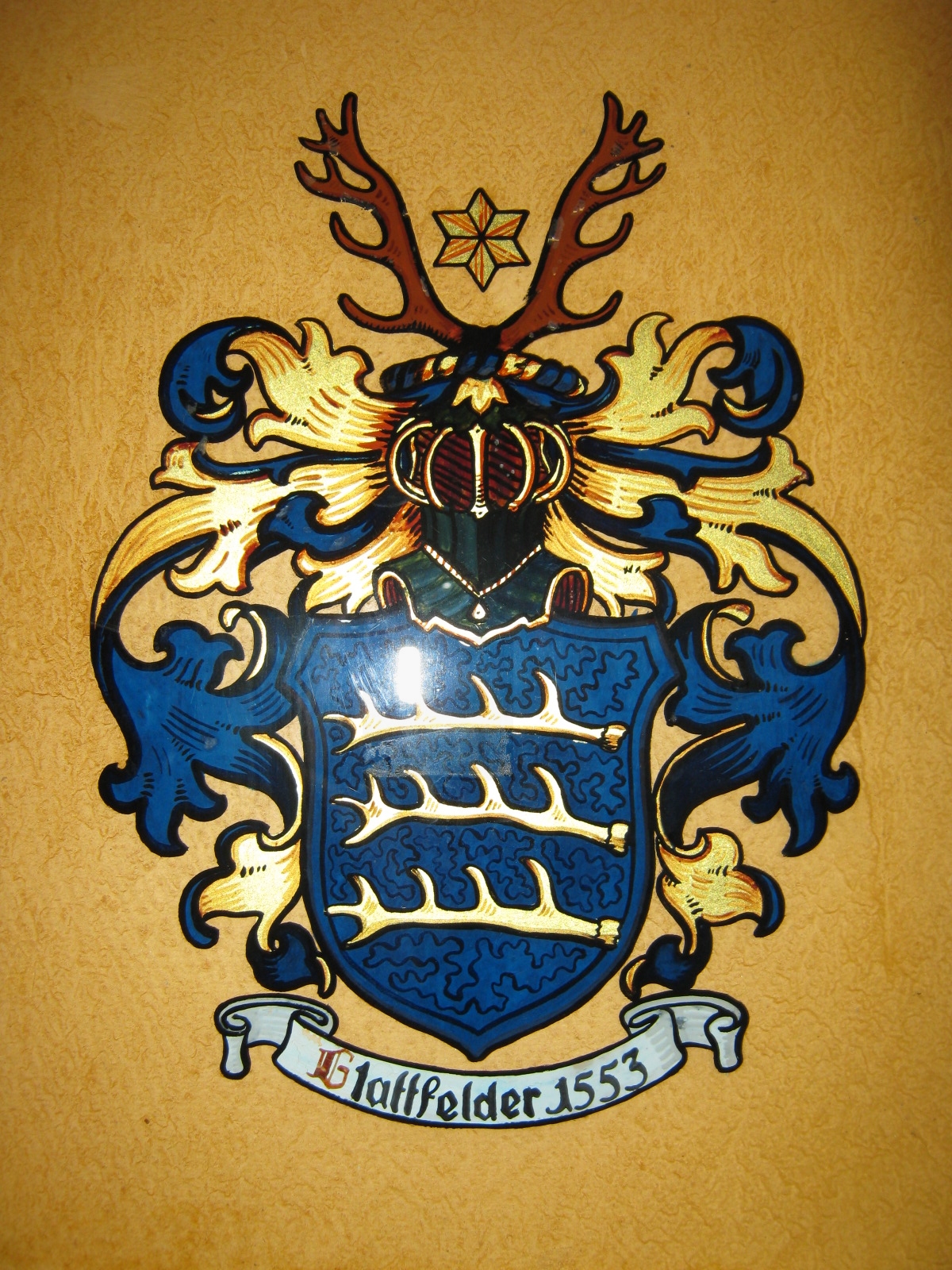 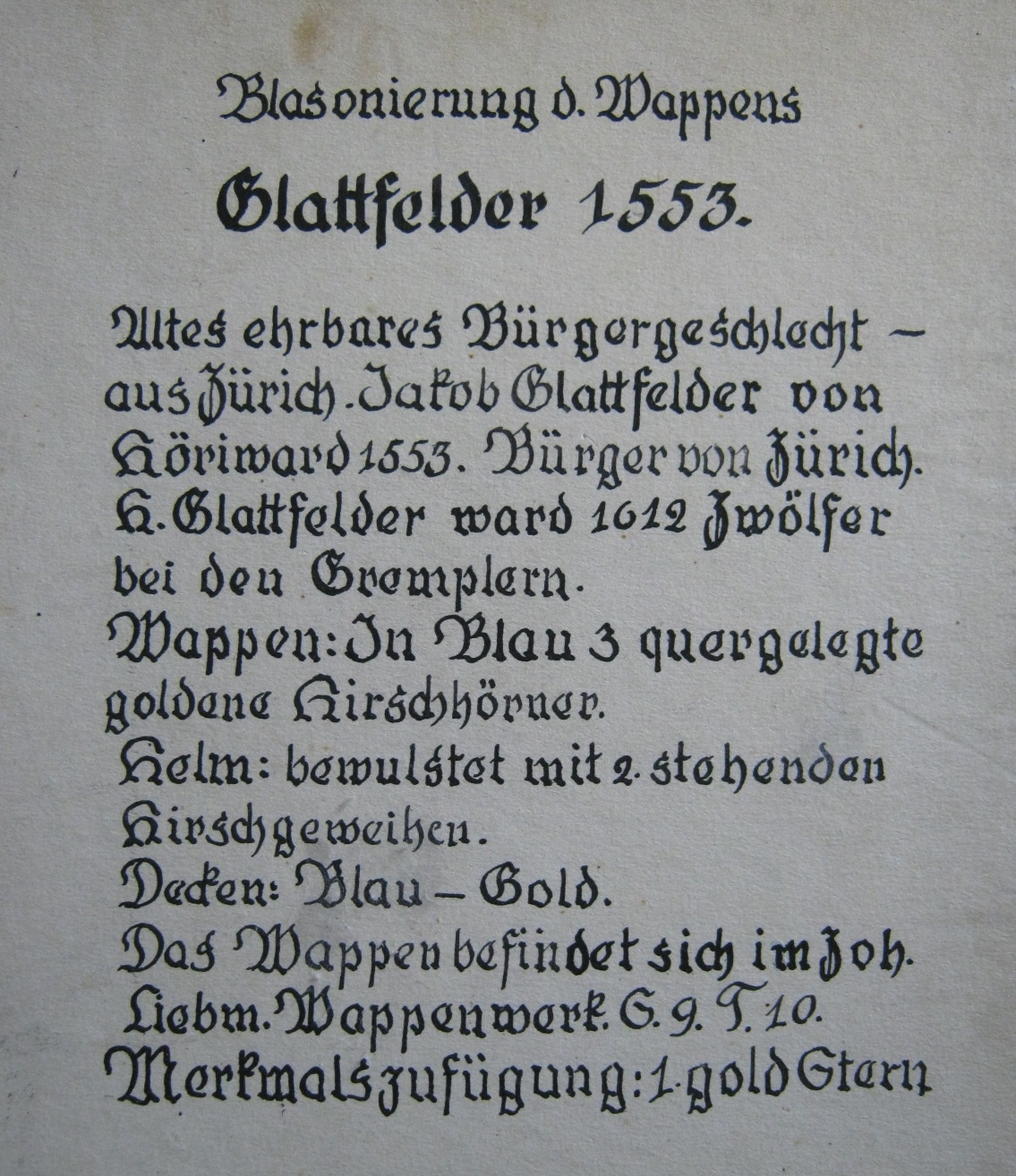 Translation supplied by Stefan Däubner and Donetta D'Innocenzo is as follows:

Old respected family of Zurich whose progenitor was Jakob Glattfelder who was from Höriward in 1553. A citizen of Zurich in 1612, among twelve shopkeepers.

The coat of arms can be found in Joh. (Johann?) Liebm. (Liebmann?) Crest(Coat of Arms) Factory G.9.T.10 (probably a reference to a book, or source document)